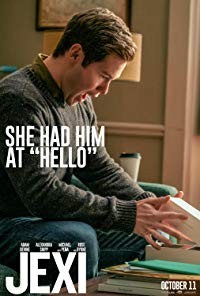 Budget: $5 million
Gross: $7 million (US)
Phil (Adam Devine) has a major dependency issue: he's addicted to his phone. He has no friends, he has a job writing pop culture "Top 10" lists, and his love life is non-existent. But everything is about to change when he is forced to upgrade to a new phone.Directed by Jon Lucas, Scott Moore. The movie stars Adam DeVine, Alexandra Shipp, Michael Pena and Rose Byrne.
Users: 61% imdb 71% tomatoes
Critics: 14% tomatoes 39% metacritic