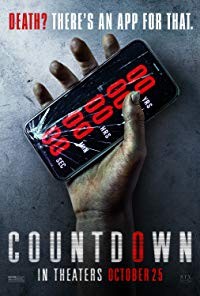 Genre: horror
Budget: $6.5 million
Domestic Gross: $26 million [stats]
Director: Justin Dec Plot: When a young nurse downloads an app that claims to predict exactly when a person is going to die, it tells her she only has three days to live. With time ticking away and a mysterious figure haunting her, she must find a way to save her life before time runs out. Starring: Elizabeth Lail, Jordan Calloway and Talitha Bateman.
Users: 53% imdb 72% tomatoes
Critics: 27% tomatoes 31% metacritic