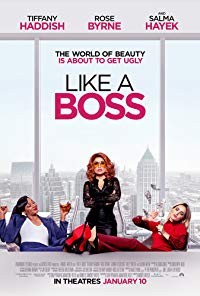 Budget: $29 million
Gross: $22 million (US)
Best friends Mia and Mel run their own cosmetics company -- a business they built from the ground up. But they're also in over their heads financially, and the prospect of a buyout offer from an industry titan proves too tempting to pass up.Directed by Miguel Arteta. The movie stars Tiffany Haddish, Rose Byrne and Salma Hayek.
Users: 43% imdb 65% tomatoes
Critics: 19% tomatoes 32% metacritic