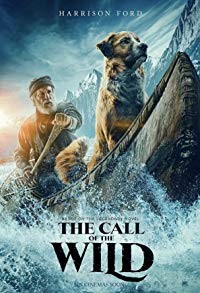 Budget: $109 million
Gross: $25 million (US)
Buck is a big-hearted dog whose blissful domestic life gets turned upside down when he is suddenly uprooted from his California home and transplanted to the exotic wilds of the Alaskan Yukon in the 1890s. As the newest rookie on a mail-delivery dog sled team, Buck experiences the adventure of a lifetime as he ultimately finds his true place in the world.Directed by Chris Sanders. The movie stars Harrison Ford, Dan Stevens, Omar Sy, Karen Gillan, Bradley Whitford and Colin Woodell.
Users: 68% imdb 90% tomatoes
Critics: 61% tomatoes 47% metacritic

The Call of the Wild is a 2020, adventure, family movie