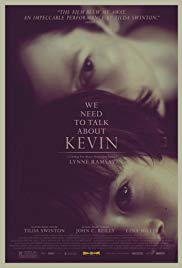 Budget: $7 million
Gross: $2 million (US)
Kevin's mother struggles to love her strange child, despite the increasingly dangerous things he says and does as he grows up. But Kevin is just getting started, and his final act will be beyond anything anyone imagined.Directed by Lynne Ramsay. The movie stars Tilda Swinton, John C. Reilly, Ezra Miller, Jasper Newell.
Users: 75% imdb 78% tomatoes
Critics: 75% tomatoes 68% metacritic

We Need to Talk About Kevin is a 2011, drama, thriller movie